Numbers Don’t Lie: Why You Need a Social Media Presence 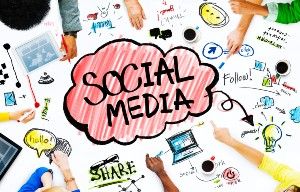 Despite how much you’ve heard about the importance of social media to internet marketing, you may still have some doubts about how effective sites like Facebook, Twitter, LinkedIn, and YouTube are for generating new business for attorneys. If you think that these sites are merely platforms for young people to share gossip and post selfies, think again. Social media marketing for law firms is now a very important marketing platform for attorneys.

Data from Pew Research shows that adults use social media in larger numbers than ever before. Not only that, but a technology report published by the American Bar Association reveals social media is providing new clients for lawyers at a significant clip. Therefore, the importance of social media marketing for lawyers is on the rise.

73% of Online Adults Now Use a Social Networking Site

Sixty-nine percent of adult men and 78% of adult women now use social networking sites, according to the Pew Research Internet Project. Forty-two percent, in fact, use multiple sites. Among this demographic, Facebook is the most used platform, followed by LinkedIn, Pinterest, Twitter, and Instagram. Therefore, social media marketing for law firms is a great opportunity to reach a large audience.

Going inside the numbers, 90% of 18-29 year olds, 78% of 30-49 year olds, and 65% of 50-64 year olds use social networking sites, compared to only 46% of 65+ year olds. While this does reveal a social media youth bias, it isn’t as strong as you might think. Perhaps more surprising is that social media usage is more or less uniform when adjusted for level of education, household income, and urban or suburban households.
These findings should put to rest the notion that social networking is a mere youth milieu. Social media is where young and old go to connect, share, and learn. Your clients and potential clients are using social media, many of them every day.

The 2013 American Bar Association Legal Technology Survey Report provides some of the most concrete evidence that engaging with social media is not a waste of time for solo practitioners and law firms alike. Some of the key findings from the report include the following:

Of course, what you really want to know is whether those lawyers and firms who use social media are actually benefiting. The answer is a resounding “yes”. The ABA survey asked lawyers whether they had ever found a new client through social media:

The numbers don’t lie: your current and future clients are on social media, and you can use blogs, tweets, posts, videos, and shares to connect with them. Conversely, if you’re not using social media, you could be missing out on new business. The good news is it’s not too late to leverage the power of social media for law firms. Put your practice’s best face forward in cyberspace…you never know who you might run into out there. For more information or for help with social media marketing for law firms, contact Legal Web Design.

Ready to take it a step further? Let’s start talking about
your project or idea and find out how we can help you.